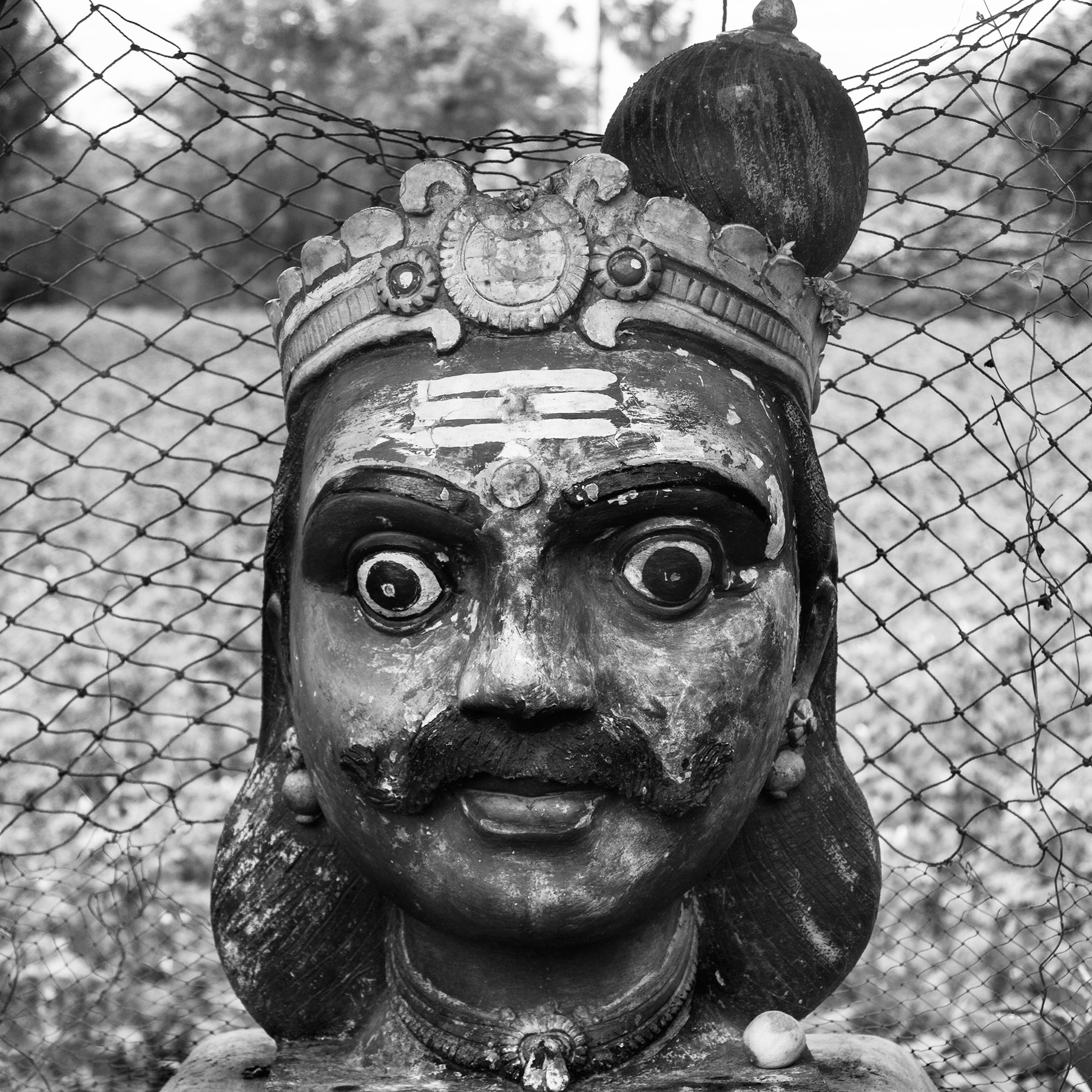 Three hundred years before Christ (3rd century BCE), a cultural collective was formed in ancient Tamilakam (present Tamil Nadu, Kerala, parts of Karnataka, Puducherry, Andhra Pradesh and Northern Sri Lanka). Centred in Madurai, the capital of Pandyan dynasty, the confluence of poets and intellectuals from all the three ruling dynasties of ancient Tamilakam -namely, the Cheras, the Cholas, and the Pandyas – used the power of literature and art to bond together the people of these regions. The Dravidian language of Tamil became the unifying factor between the ever-warring trinity. The period starting three hundred years before and ending three hundred years after Christ (3rd century BCE to 3rd century CE) is considered by historians as the Sangam Period (Early historic). Sangam Literature comprises of 2381 poems (app 50,000 lines), composed by 473 poets, both men and women, from various professions and classes of society. Even though the poems are often exaggerated renditions, they provide a lot of information about the social, economic, political and cultural context of Tamilakam. Read alongside other historical documents and archaeological findings, the literature collectively created by the Sangam poets provide valuable information about the Tamil Sangam Age. Sangam poetry is categorized into two genres – Akam (inside) and Puram (outside), a novel sociological and cultural concept introduced by the Sangam poets. Poems in the Akam category describe the love life, family affairs etc., whilst those of Puram describe the society, culture, war, personal virtues, kings, economy, trade etc., All these poesy are divided into five Tinais (or modes) – Kurinji (mountainous region), Mullai (forests), Marutham (cropland), Neytal (seashore), Palai (desert). Each of these have unique characteristics  – not just about the segment of land, but also the people and animals who live there, the plants, trees, flowers, and, above all, the feelings of the characters in the poems.

The epic poem Silappathikaram (story of the anklet), believed to have been written during the Sangam period by the Chera dynasty’s Prince-turned-Jain-poet IlangoAdigal, narrates a popular folklore story related to the native practice of Mother Goddess worship. The story of this classical tragedy epic is set in the backdrop of the three dynasties and covers the coastal and inland life of ancient Tamilakam. The epic has all the intrinsic characteristics of Sangam poetry. It is presented in three cantos – the book of Puharkkandam deals with the events in the Chola city of Puhar, where Kannaki and Kovalan start their married life and Kovalan leaves his wife for the dancer/courtesan Matavi; Maduraikkandam is set in Madurai, the capital of the Pandya kingdom where Kovalan is incorrectly blamed for the theft of the queen’s anklet and loses his life, and in revenge Kannaki burns the entire Capital; Vanchikkandam is of the Chera country where Kannaki ascends to the heavens and a temple is built in her honor. Since the early historic Tamilakam, with the support of the kings and patrons, the epic and its philosophy have been propagated amidst the common people through various art forms. At a time when it was customary to make the King or some other patron as the hero, poet Ilango made legendary Kannaki, a personification of the mother goddess, as the key figure. It also features an unusual praise of the Sun, the Moon, the river Kaveri, and the city of Poompukar at its beginning, the contemporary tradition being to praise a deity. In Sangam society, mother goddess cult and nature worship was prevalent and this approach resulted in gaining public appeal.  In today’s popular culture too, music, dramas, and movies are being made based on Silappathikaram. A majority of these works are either illustrative or dramatic, and continue to propagate the two morals of the epic, namely chastity and virtue, the fabric with which the South Indian society is weaved. Some of these works may not directly speak of the epic or Kannaki, however, and are offshoots of the original grand narration. This approach of retelling the story and of dramatic re-creation obscures the significant socio-economic political information cited in the epic.

As a photographer, Abul Kalam Azad’s interest is in the pictographic way with which the poet describes this ancient land and people of those times. Adigalar provides the reader a vivid depiction of the land, landscape, people, flora and fauna, ruling dynasties, culture, religion, festivals, rituals and lifestyle of that era. He makes mentions about the long journeys taken by traders, local economy, family and love life, fishes, rivers, sea shores, the different seasons and its changing colours, aromas and sounds of the Sangam Age. The ancient dance forms, their content and style, accompaniments including music and songs, costume, stage-setting, lighting etc., which received princely patronage and popular appeal, are highly praised by the poet. The three rulers and their differing and uniting approaches are also described. Over the past two thousand years,the language, culture, topography, lifestyle of this region has gone through enormous changes and growth. In today’s context, when issues of identity and territory are causing many misunderstandings, the lesser-known history of this region and its collective art movement reminds one of our unique yet unifying cultural roots. Abul Kalam Azad’s large body of work titled ‘Story of Love, Desire and Agony’ is a re-reading of the classical tragic epic in contemporary context. He focuses his camera on the multiple facets of the still continuing mother goddess cult practices and rituals, the diverse landscape (thinai/modes) of South India, the remnants of the cross-border cultural connections and the epic’s influence on the social formation of the South.

Understanding his past in the present, in the year 2000, Abul Kalam Azad returned to Kerala after a long stay outside South India. Here, he continued his cultural search for the archetypal Mother image by shooting the mother goddess cult worship in Kodungallur Bhagavathy temple. The local folklore myths connect the presiding deity and the pre-Vedic Hindu ritual offerings with the legendary Kannaki. In this Bhagavathy Kavu (sacred grove), during the Meena Bharani festival, the men and women oracles and villagers regard themselves as being possessed by the Mother Goddess and ritualistically make an offering to the presiding deity, which local myths connect to Kannaki.  The air reverberates with the ringing sounds of their heavy anklets, and the smell of turmeric, pepper and blood. Unmindful, with sword in hand and anger ablaze, the oracles, in various stages of trance, sing and dance around the Kavu in convulsive movements of frenzy. Locally called ‘Kavu theendal’, this is a continuation of the Sangam period Mother Goddess cult worship. This body of work, titled Black Mother, was shot using medium format analogue cameras. The large-sized carbon prints were made using the bromoil technique and was exhibited in the year 2002. Gradually, Abul Kalam Azad did another body of work titled Contemporary heroines in the year 2015 at Mathilakam in Kerala (previously known a as Trikkana Mathilakam), the village where Ilango is believed to have been residing while composing the epic. This project was done with the support of Silappathikaram Festival 2015 and Ekalokam Trust for Photography (EtP). The images were shot using a 35mm digital camera and archival pigment prints were made. The photographs were exhibited in Mathilakam itself as part of the Silappathikaram Festival 2015. The third part of the five part series, titled The Men of Pukar, is Abul Kalam Azad’s attempt to re-look and re-discover Ilango’s Pukar and its men in the contemporary context. This project is presently being shot with the support of India Foundation for the Arts (IFA).

BACK to Ongoing works